Start a Wiki
watch 01:11
'Pathfinder: Kingmaker' Launch Trailer
Do you like this video?

Pathfinder: Kingmaker is an isometric CRPG created and developed by Owlcat Games in collaboration with Paizo, Inc. The inspiration for Pathfinder: Kingmaker came from similar style games including Baldur's Gate, Fallout, and Arcanum. The game includes over 100 monsters, 20 classes, 11 companions and 8 races. Additional features include over 400 feats and class abilities, 500+ magic items, 300+ spells, a 6-part adventure path, hundreds of kingdom events, 100 kingdom projects, and more.

The game includes familiar locations, iconic NPC's and other characters from the Pathfinder RPG, but also introduces players to new ones including a diverse cast of companions. The player will experience brand new quests written by Chris Avellone and the Owlcat team with help from Pazio and additional authors.

Pathfinder: Kingmaker takes place in Golarion, a "world rich in history, mystery, and conflict". The story is chronicled by a bard named Linzi who will join you as a companion. Players will learn to survive the harsh wilderness within the Stolen Lands. They will face rival nations and other threats in their fight to build their kingdom. Travel through the land completing questions while collecting items and resources. Your companions each have their own deep story and decisions. Claim new territories, build towns and cities, then decide how you will rule. Will you be a wise ruler or a tyrant?

During the course of the adventure, players will make decisions that will ultimately change the kingdom and everything in it. The alignment with factions, the responses of allies and enemy, and the ability to lead the people can be altered. Build new towns and communities to grow the kingdom, and neighboring countries will take notice. They will come to seek favor and test the player's strength. The kingdom can either succeed or fail, based on player interaction and choices.

Every race in the core Pathfinder book will be playable in Pathfinder: Kingmaker. This includes human, elf, gnome, dwarf, halfling, half-elf, half-orc and aasimar. Classes include all those from the core book and several from the advanced player's guide. Among these are Cleric, Fighter and Wizard. There are three archetype variants of each class and several prestige classes. The game also features plenty of Pathfinder lore. Players will read quests, then choose a single answer from several choices. These choices will determine how the player will rule and interact with allies, companions and enemies. It will also determine which choices will become available in the future. This adds to the replayability of the game.

Encounter the Tiefling Kineticist, a new playable character serving as the debut of her race and character class, complete with her own rich and engaging storyline.

Head of Owlcat Games Oleg Shpilchevsky explains, “A new playable race! During the poll to decide which bonus race we were going to add to the game, one particular option was requested a lot – Tieflings, the people with a drop of demonic blood in their veins. They didn’t make it into the base game, but became the natural choice for the first piece of post-release content.”

Brave the challenges of a new bonus campaign. While celebrating victory at Jamandi Aldori’s mansion, adventurers meet another hero of the Stolen Lands: the mercenary captain Maegar Varn. While building a barony in the Shrike Hills and Narlmarshes, Varn and his people are establishing the nation of Varnhold in the rocky foothills of Dunsward.

This new story explores the challenges faced by Varn’s party in its venture, and the consequences of choices made can be exported and implemented into Pathfinder: Kingmaker’s main campaign. This exciting new side story equals the size of one chapter of the game’s central campaign and will take 6-12 hours to complete, depending on preferred playstyle.

For the days where jumping into an unpredictable gauntlet of combat sounds more enticing than discovering the Stolen Lands’ rich lore, this DLC will introduce a rogue-like randomly generated endless dungeon, complete with a new unique boss. The dungeon offers two options. It can be explored in a separate game or experienced within an adventurer’s main campaign. 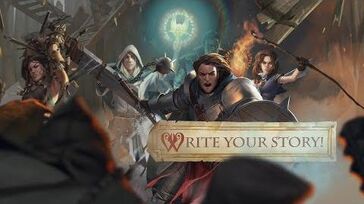 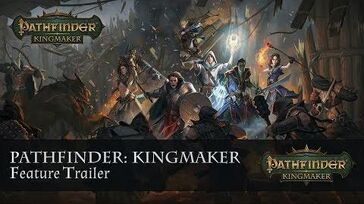 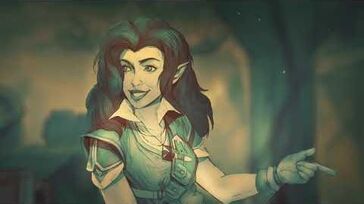 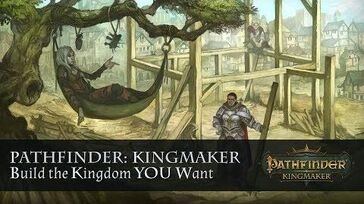 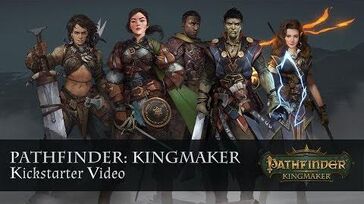 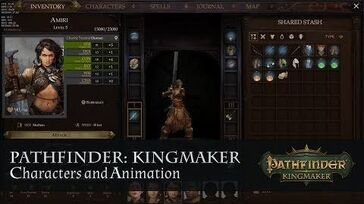 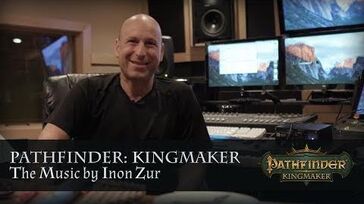 Pathfinder Kingmaker. The Music by Inon Zur
Add a photo to this gallery 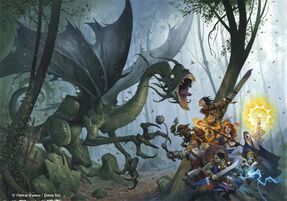 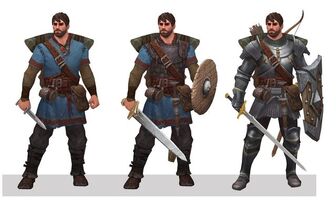 In-game character item customization
Add a photo to this gallery

Retrieved from "https://pathfinderkingmaker.fandom.com/wiki/Pathfinder:_Kingmaker?oldid=8886"
Community content is available under CC-BY-SA unless otherwise noted.